Whenever you hear about a new film from the Simon Pegg–Nick Frost peculiar duet, you can be sure that there is going to be some seriously controversial fun, including lots of irrational jokes, booze and swearing. I remember that Shaun of the Dead was something really fresh among the horror comedy category and since then the two comedians, supported from time to time by the directorial skills of Edgar Wright, have given very perse performances, ranging from awesome to awful. Their new motion picture, The World’s End, is definitely leaning towards the first category.

The gentlemen have decided to explore the omnipresent bromedy format while telling us a story of five childhood friends who once have lived through the night of their lives, nearly completing The Golden Mile, a tour around twelve local pubs. The night to remember took place in Newton Haven town and should have finished with the twelfth pint in The World’s End, the titular Mecca of goldenmilers. Unfortunately, the night went off the rails and the gang did not complete the challenge. After some thirty years, Gary King (Pegg), then the group’s leader, now a faded rock star, decides to reunite his friends to complete the quest with a 12-pint closure of what seems to be the demon of the past. Reluctantly, the guys agree to join their crazy friend and embark on an adventure which they would never have expected.

The title of Edgar Wright’s film defines both the place of the action and the film’s actual apocalyptic tone. As it turns out, the gang’s hometown is no longer the place they knew and they will have to face a very dangerous and yet unknown enemy. Obviously the old wounds will be opened and the five friends will have to deal with loads of unresolved conflicts, but fortunately the humour will never leave them, so that the bitterness does not overwhelm the fun. The star-filled cast, apart from Pegg & Frost featuring Martin Freeman, Paddy Considine, Eddie Marsan, Rosamund Pike, Pierce Brosnan and many more, are doing a magnificent job in recreating the fantastic atmosphere of the 80’s treasure-hunt movies, such as Goonies. The spirit of adventure is ever-present, despite the moans and groans of the forty-something lads with the midlife crisis lurking behind the corner.

The action is unexpectedly dynamic, involving the gang in multiple fighting sequences and pursuits, making The World’s End an impressive concoction of the wit of talented actors and the savvy of the creative team. Surely some of the jokes from Pegg or the others are just babble, but the overall performance of the cast is nothing but enjoyable and serves as decent entertainment for an autumn evening. With its countryside-appreciating, friendship-glorifying and humanity-praising message, Edgar Wright’s film is something more than just another drunk comedy, although for reasons mentioned in the very first sentence of this review I would not recommend it for a screening with the youngsters. 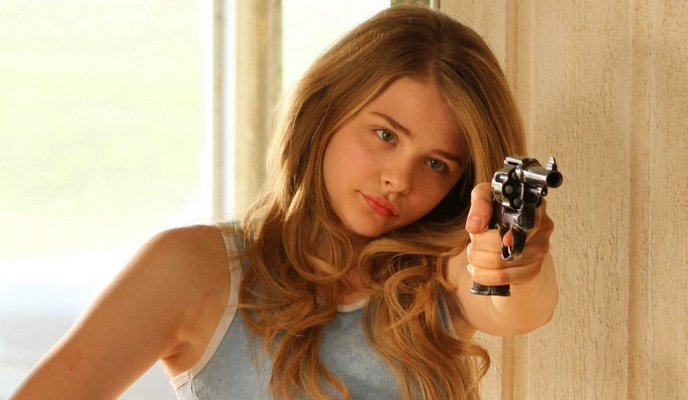