It’s been a while since I last wrote a piece in English. One reason for that is: no one asked me to (APPLAUSE), the other being the awareness that my English is becoming rustier and rustier and that the end product would be barely readable. I decided to take the risk and refresh my writing skills and what better occasion to do that than a review of King Arthur: Legend of the Sword, a travesty of one of the „Englishest” legends of all time?

One of the things about Guy Ritchie is that his films are 100% Ritchie – well, at least in most cases. If you plan to see one of his films, you can expect a detailed heist/robbery/revenge/save-the-world scheme, a bunch of badass British characters and a narrative full of retrospective techniques. These of course are only a few of Ritchie’s trademarks, but the most easily recognizable. The once British film industry darling turned bastard is now trying to reclaim his position which he lost mostly due to his infamous relationship with the ever-unfulfilled actress Madonna. After making some bad directorial decisions, Ritchie is struggling to clear his name and to once again be placed among the very best British filmmakers.

While the box office results might prove differently, King Arthur… is one of the important steps in Ritchie’s comeback. The medieval blockbuster is full of mighty energetic sequences, fun-to-watch duels and FX techniques which bring Ritchie’s latest work closer to a video game than to an Arthurian tale. This, however, is not something tohold against the director – au contraire! Ridley Scott showed us a few years ago that another classic interpretation of the same story would not bring you anywhere. Ritchie seems to have learned a lesson from a fellow Brit’s experiences and prepared his own, heavily contemporized and wildly enjoyable version of the legend of Arthur, the man who was destined to wield the Excalibur.

One of Ritchie’s directorial techniques during his early years was to choose prospective actors with not so much recognition. It was thanks to his films that the careers of Jason Statham or Jason Flemyng actually flourished. While it is difficult to call Charlie Hunnam a no-name brand, not to mention Jude Law, it is the majority of the supporting roles that are populated with lesser known performers. Hunnam, not being a top star like Hardy, Cumberbatch or Hiddleston, brings certain freshness into Arthur’s persona and to watch a blockbuster not filled with the hottest names around is also quite refreshing. On the other hand, relying on an actor outside the big game might have been one of the reasons of King Arthur…’s failure at the box office.

But everything is in place in Guy Ritchie’s interpretation of one of the classical Anglo-Saxon myths. There are the bravest of men, there is an unlikely hero, there is a demonic antagonist, capable of destroying Heaven and Hell in order to annihilate his greatest enemy. And yes, King Arthur… is a tale of biblical nature, but the way Ritchie is narrating his film allows us to experience it as a full-fledged contemporary cinematic spectacle and not just another tedious historic epic. Daniel Pemberton’s score, James Herbert’s editing and John Mathieson’s cinematography all come in handy, but there is no doubt that it was Ritchie’s directorial vision that defined the visual identity of this highly entertaining blockbuster.

Why King Arthur: Legend of the Sword has become one of the biggest box office failures of 2017 is beyond me. I expressed some of my assumptions in the paragraphs above, but the conclusion is that another Ritchie’s specialty has missed the target – finance-wise. In terms of sheer entertainment, however, Hunnam-driven medieval spectacle ranks high among this year’s blockbusters. 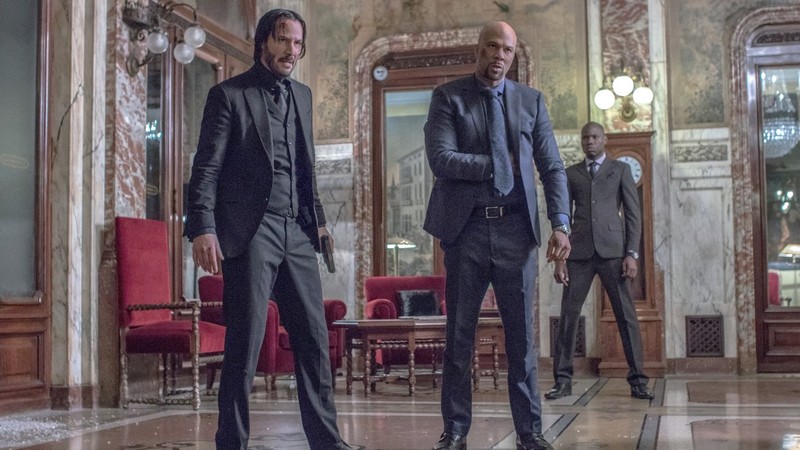